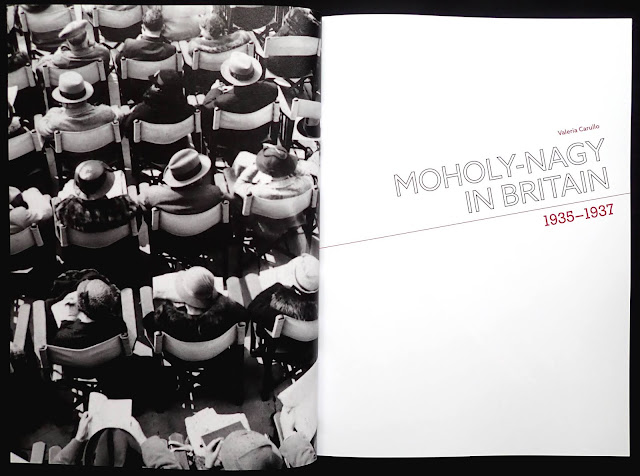 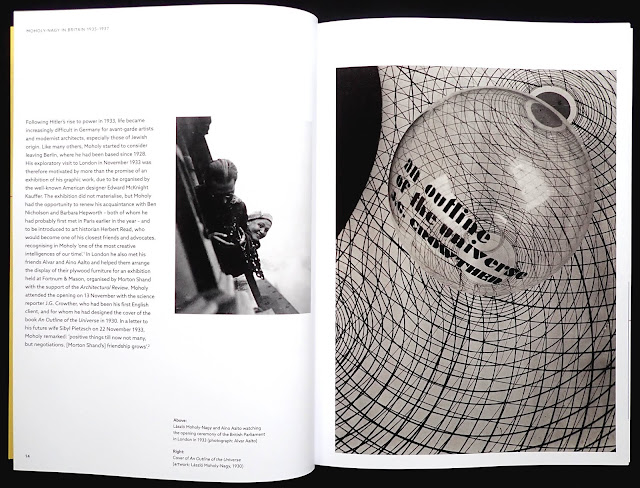 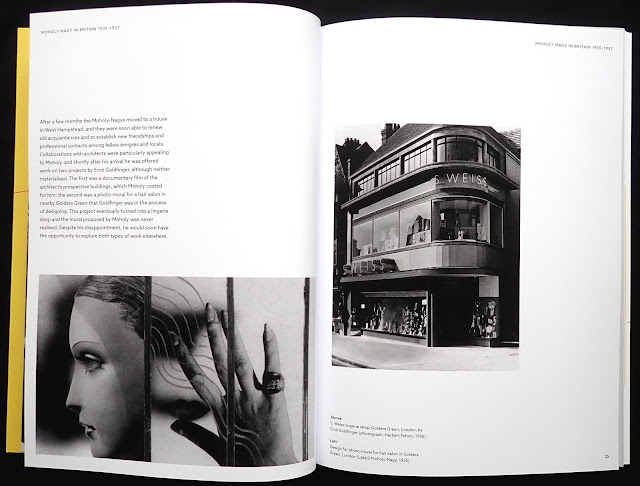 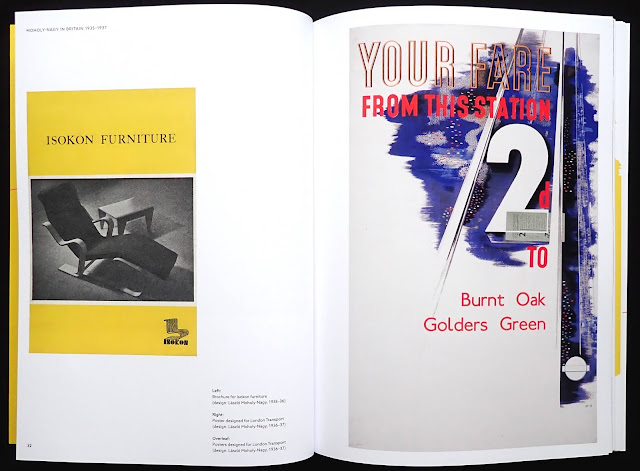 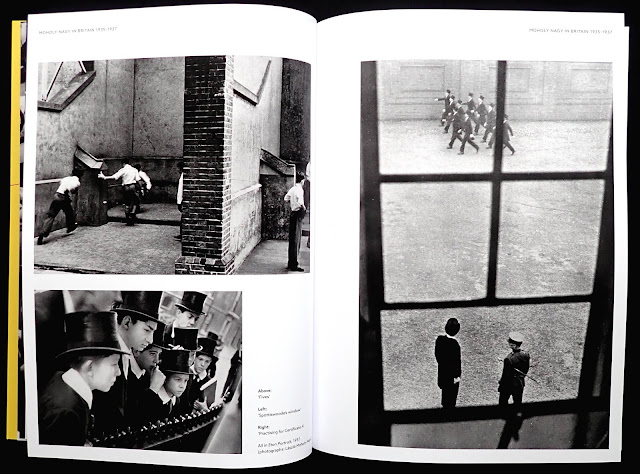 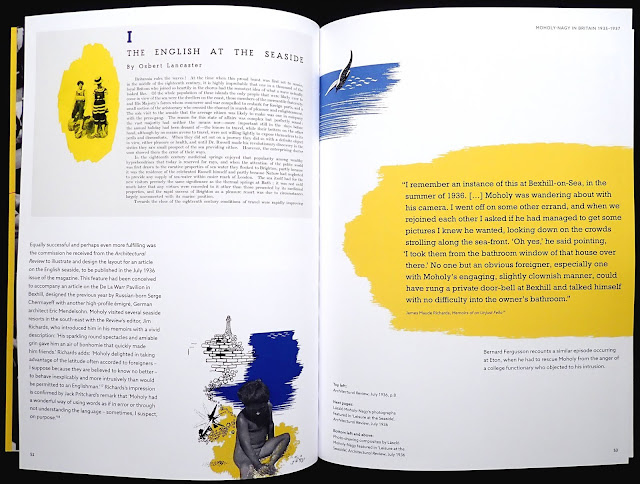 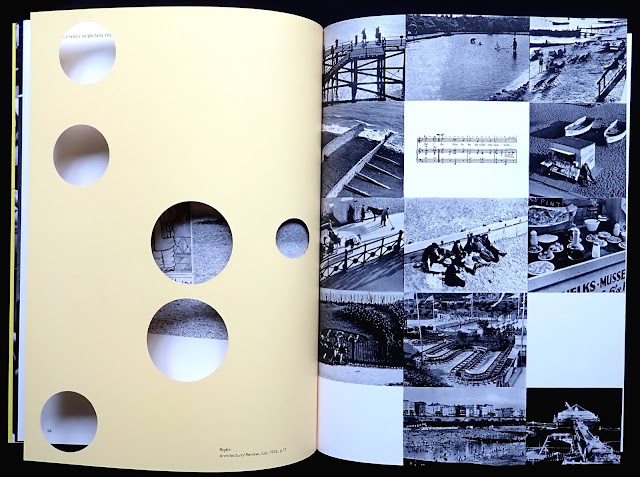 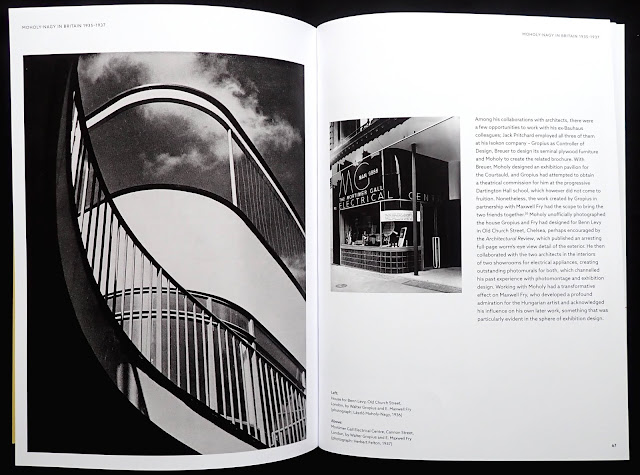 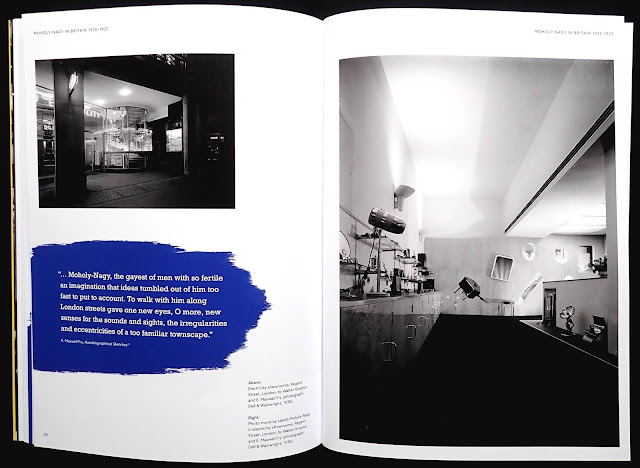 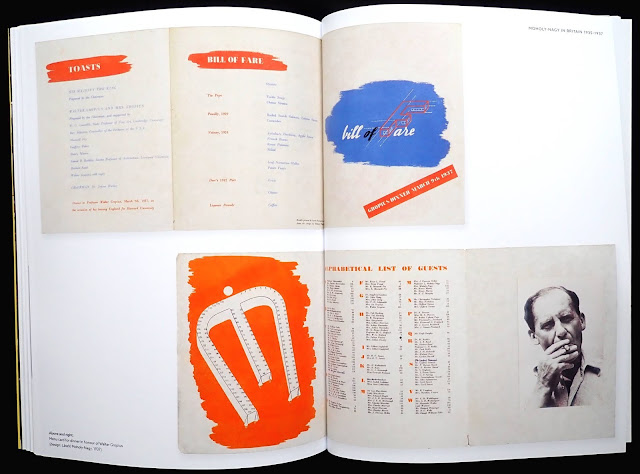 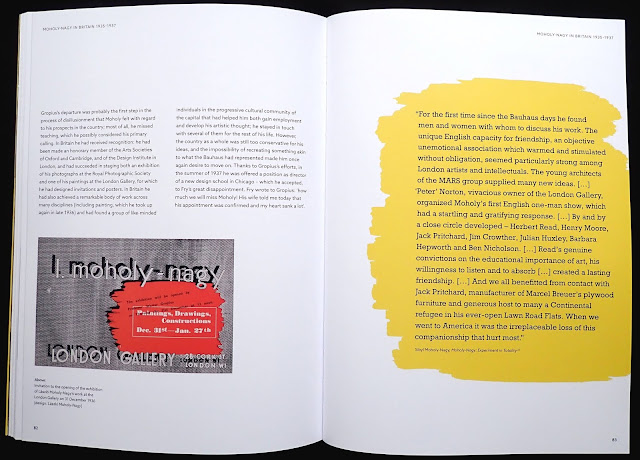 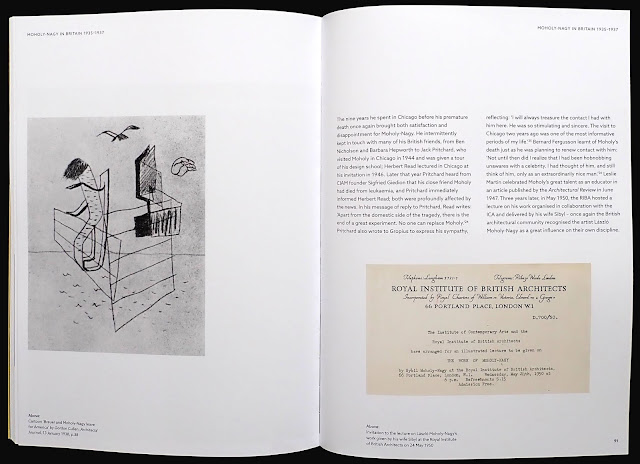 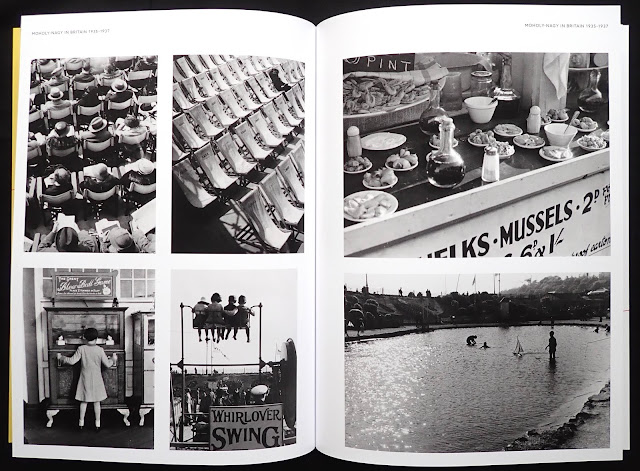 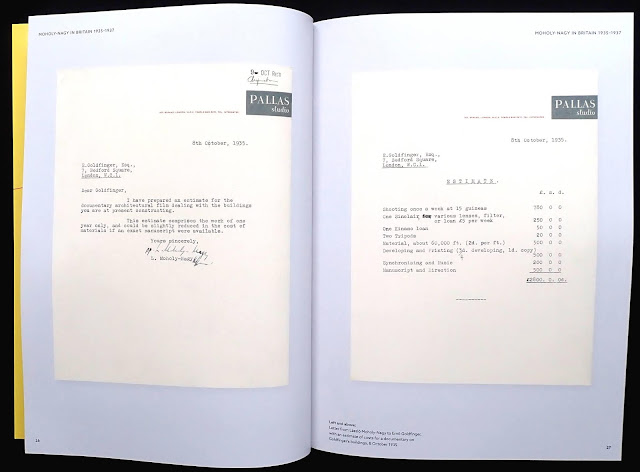 After the Nazi closure of the Bauhaus Laszlo Moholy-Nagy lived in London for just over twenty-five or so months but in that time he packed in a quite remarkable amount of creativity which is revealed in this interesting book. MN was one of those rare artists who could work in various mediums like photography, typography, shop design, film, posters, graphic and publication design. He is best known for an interest in photography either taking pictures or its theoretical aspect. The book has several photos from two books 'Eton portraits' 1937, 'An Oxford University Chest' 1938 and some from a 1936 commission for the Architectural Review about the English seaside.


Graphic design work includes brochures for Isokon furniture, three posters for London Transport, a brochure for Imperial Airways, an ad for Venesta plywood. With his ex-Bauhaus friends Walter Gropius and Marcel Breuer NM designed retail window displays and an aviation exhibition for Simpson's of Piccadilly. Pages thirty-eight and nine has a photo of a small plane from the exhibition held on the store's top floor, there were three planes on show. Other retail work included an electrical showroom in London. When Walter Gropius left for Harvard in 1937 a dinner was arranged for 136 guests and MN designed an interesting six page fold-out menu (printed by Lund Humphries, the publishers of this title).

The book, with lots of photos and printed ephemera (letters, invoices, invitations, magazine cuttings etc) reveals what MN did in Britain and it also captures the feel of those extraordinary times in the late Thirties when architects like Gropius, Breuer, Fry, Chermayeff, Lubetkin, the MARS group and Tecton were working on cutting edge buildings in this country.