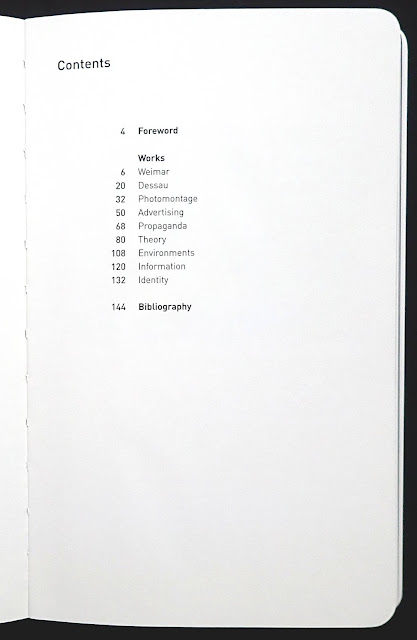 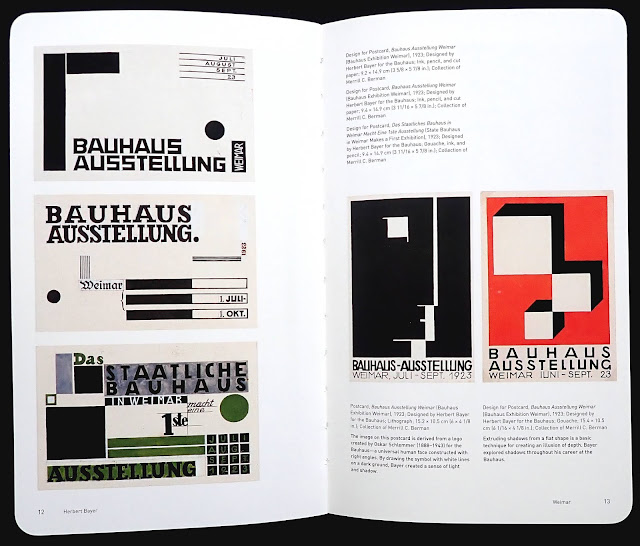 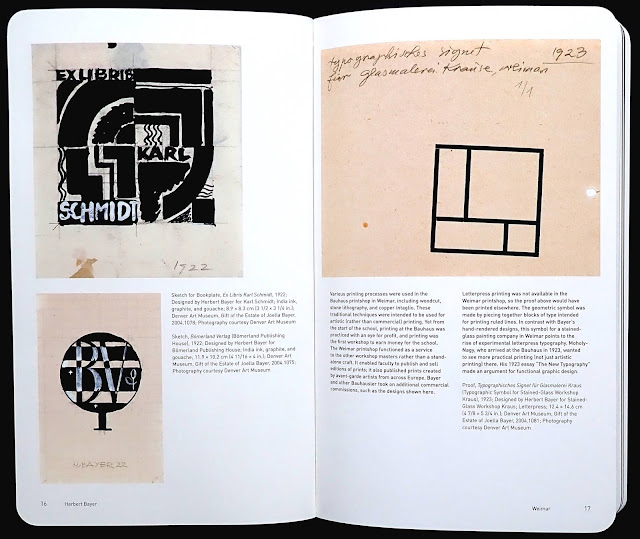 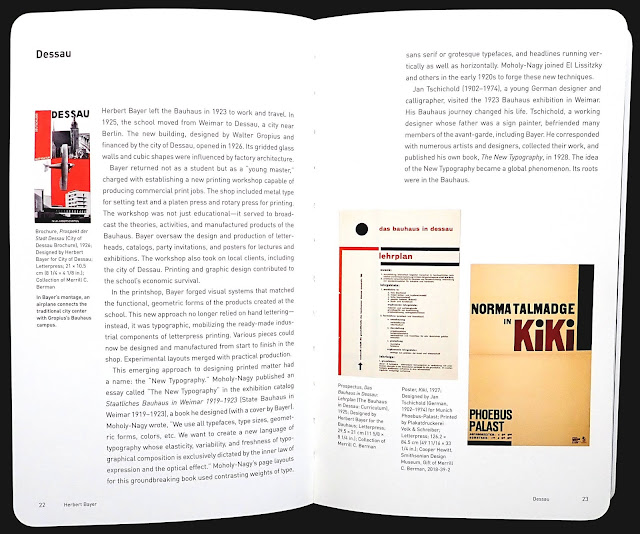 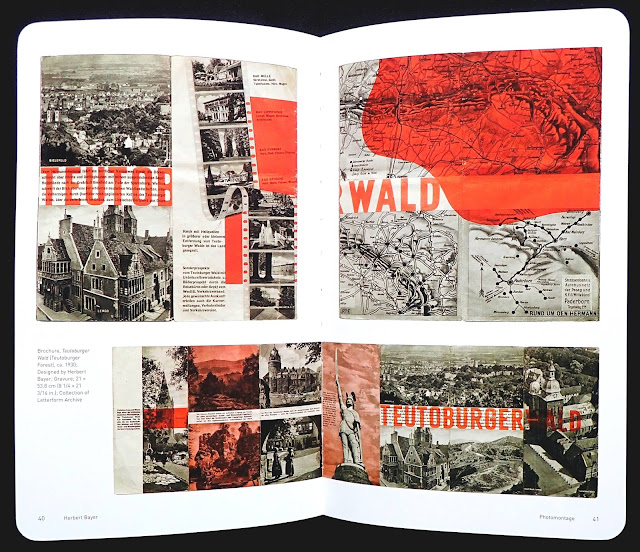 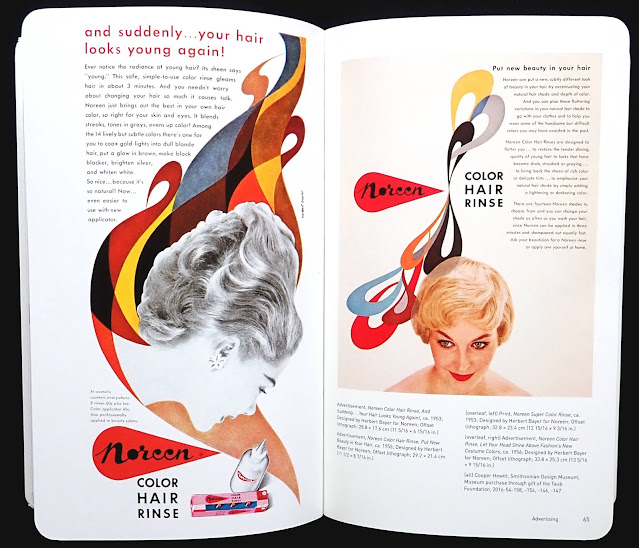 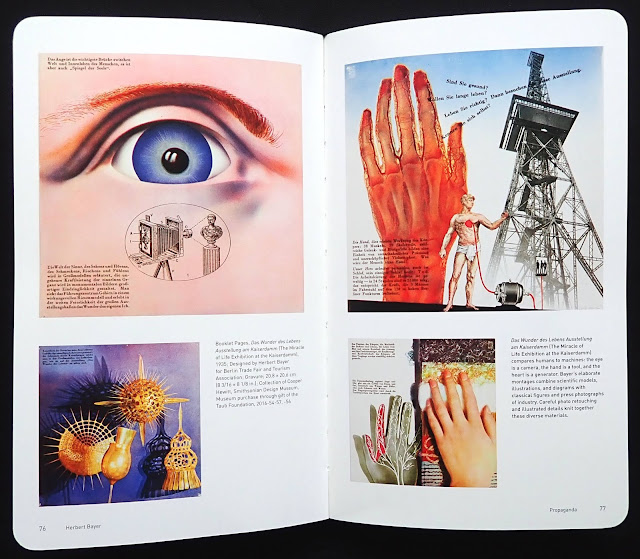 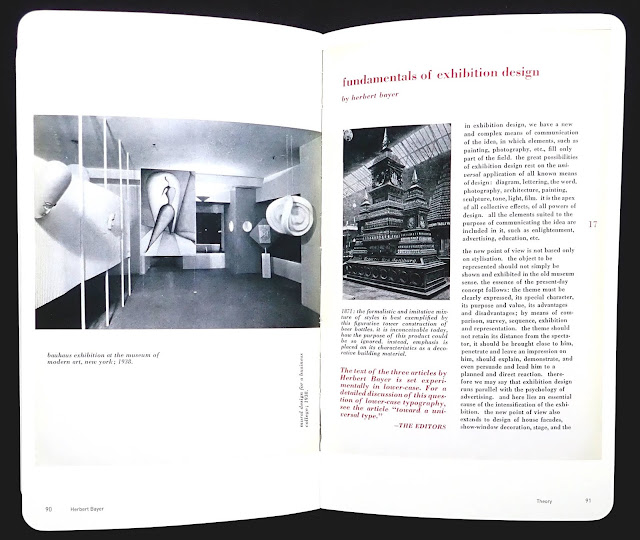 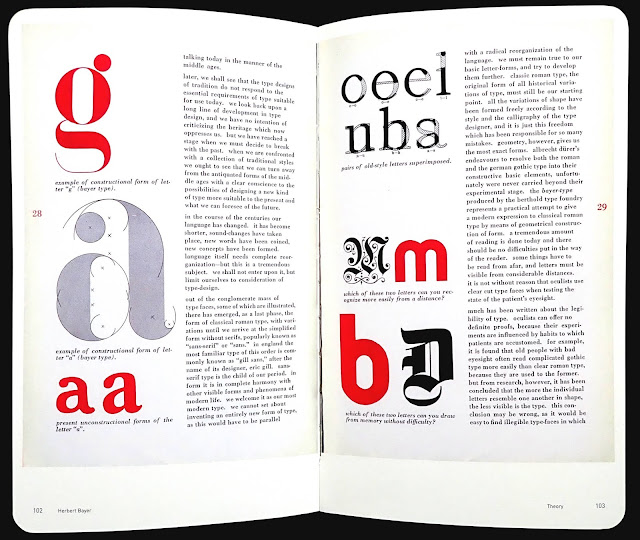 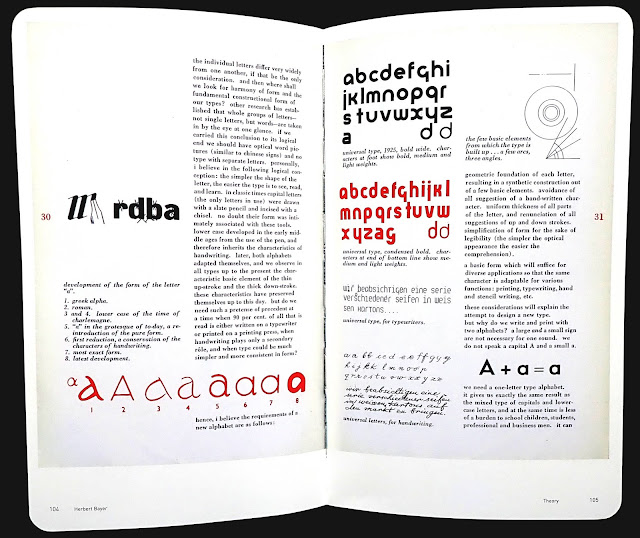 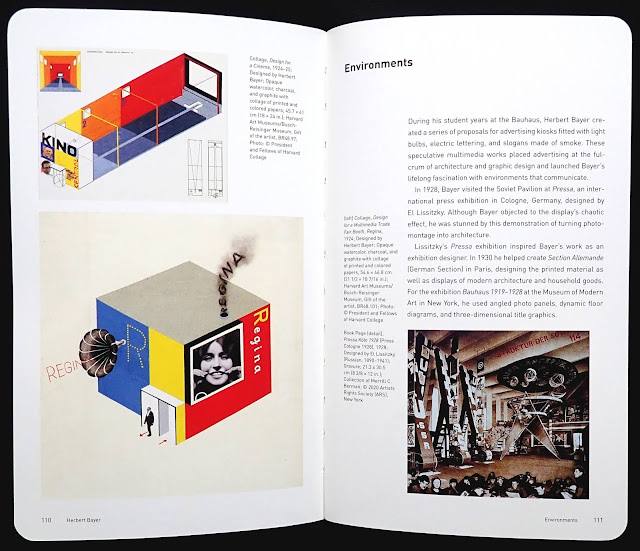 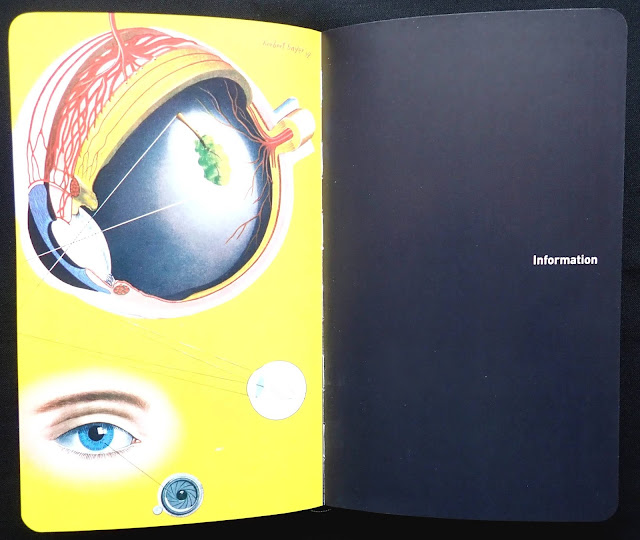 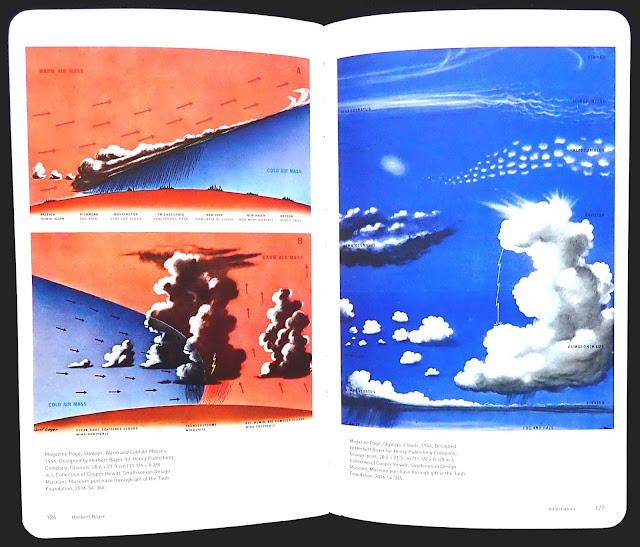 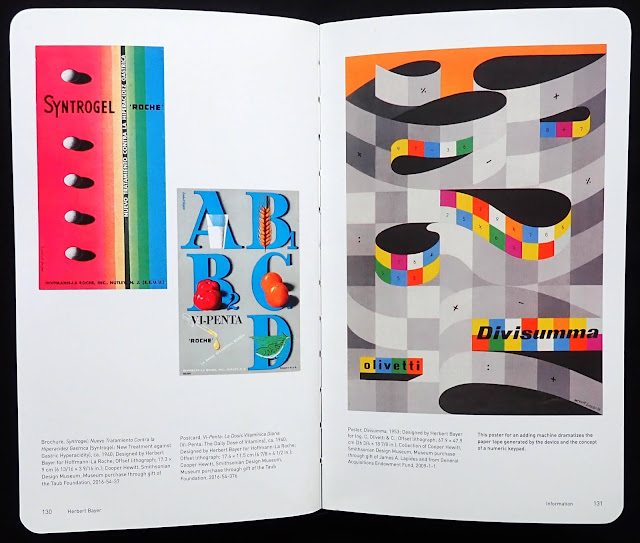 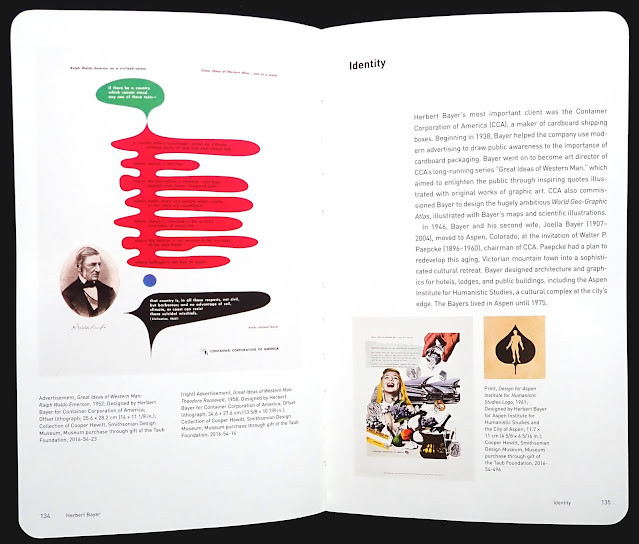 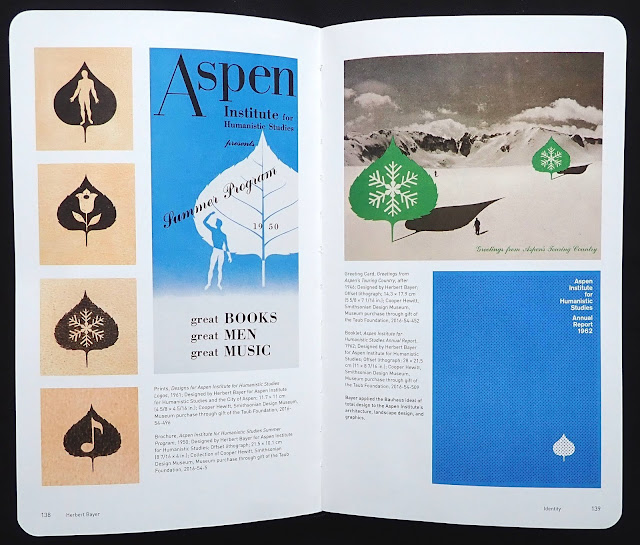 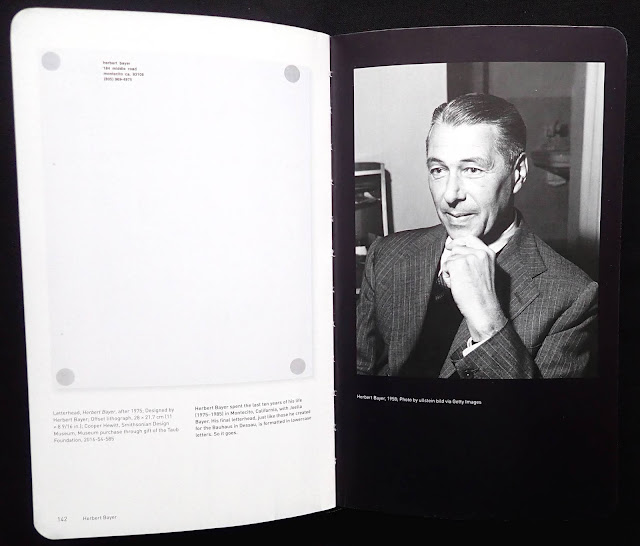 Herbert Bayer (1900-1985) was one of those rare individuals who could work in various creative disciplines like graphic design, typography, photography, exhibitions, architecture, landscape design and painting. This little book reveals five decades of his work from his time at the Bauhaus to his final years at the Aspen Institute. The printed examples in the first two chapters covering his Bauhaus years show that he had absorbed the constructivist design ideas and the New Typography which dominated central European creativity in the first three decades of the last century. He obviously took these with him when he emigrated to America in 1938.

Other chapters look at photomontage, advertising, propaganda, theory, environment, information and identity, each is illustrated with work examples. I thought the eighteen designs in the advertising chapter quite intriguing because Bayer cleverly combines some Bauhaus design ideas in ads for everyday products like men's jackets, ties and ladies' beauty products. The Theory chapter considers exhibition design and typography. Throughout his life, Bayer thought capital letters redundant (pages twenty-six and seven has two 1926 letterheads for the Bauhaus with all the type in lowercase) and his article: towards a universal type is reproduced from a 1939 edition of PM magazine, entirely set in lowercase. It required a double space between the end of a sentence and the start of the next one. In the article is the complete alphabet of Bayer's lowercase universal type, based on a Bauhaus principles and it does look quite ugly.

The Information chapter has various covers and pages of early info-graphics for books and magazines that Bayer was an expert in designing. Oddly there are no pages shown from his masterpiece the  368 pages World geo-graphic atlas published by the Container Corporation of America in 1953 and given away free. It combined maps and two thousand graphics in a beautifully minimalist design (some enterprising publisher should issue a facsimile)

Ellen Lupton's book, with 140 illustrations, is a useful introduction to a remarkable designer. It's part of the 'Inspiration and process' titles from Moleskine publishers.