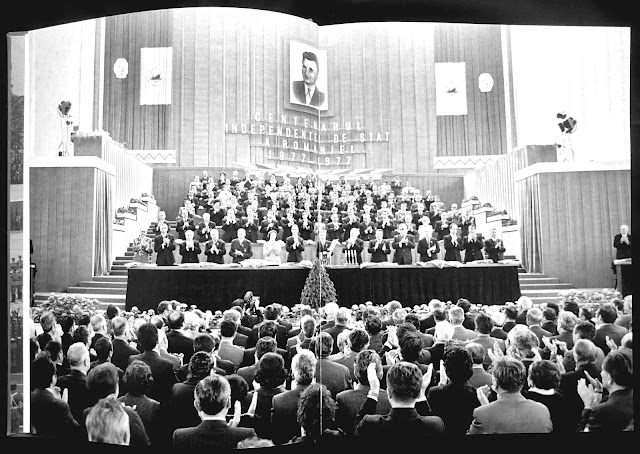 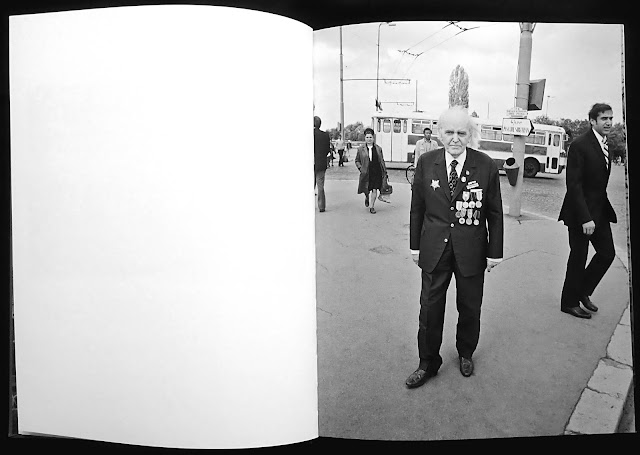 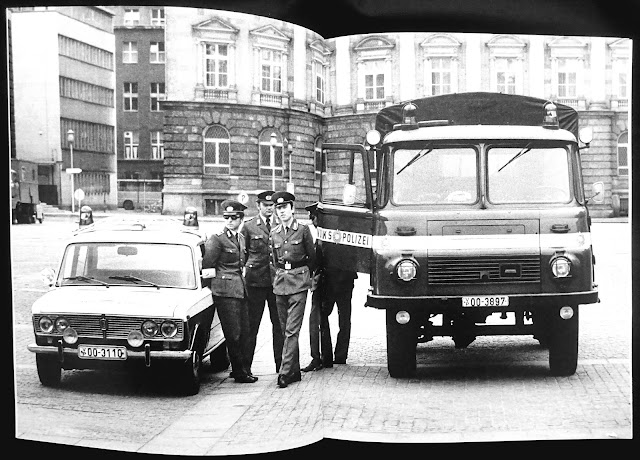 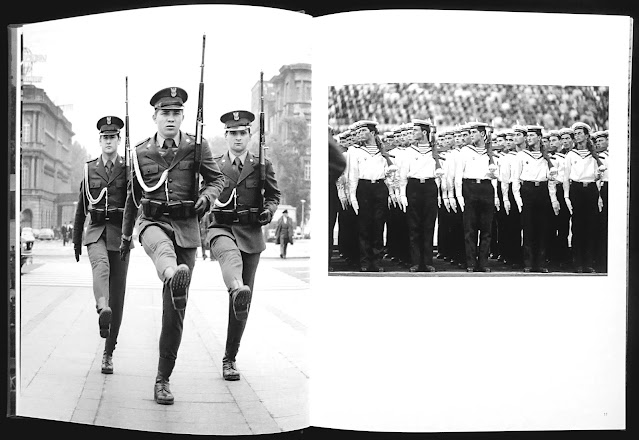 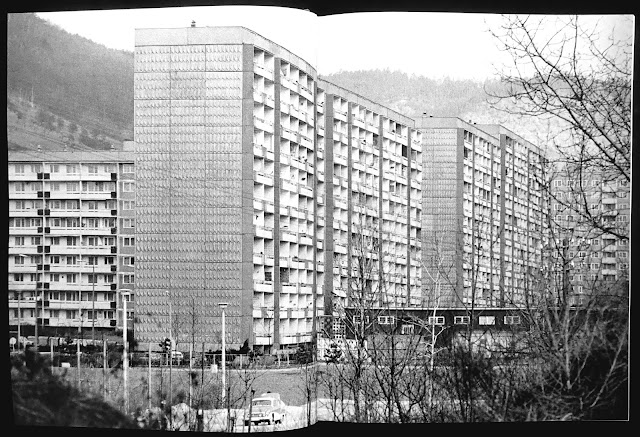 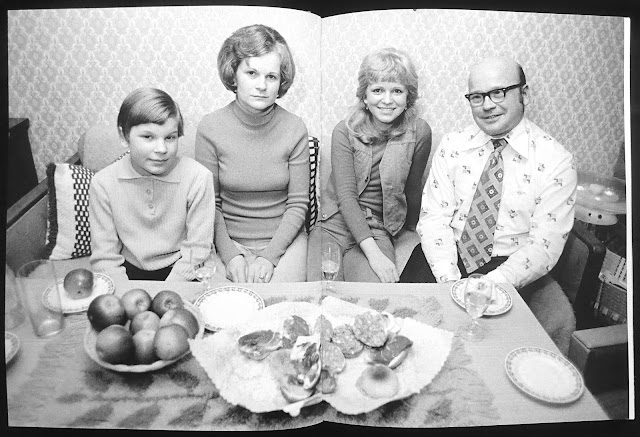 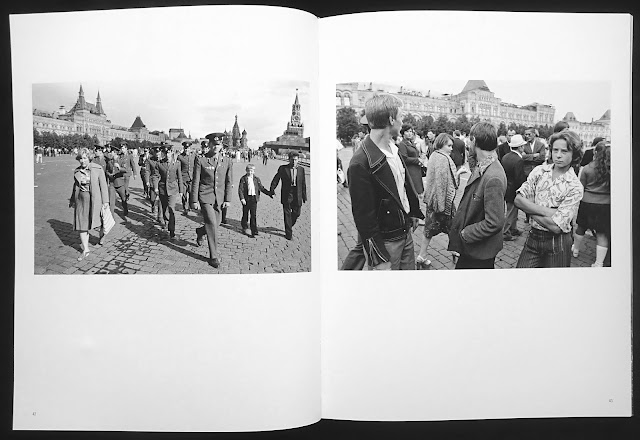 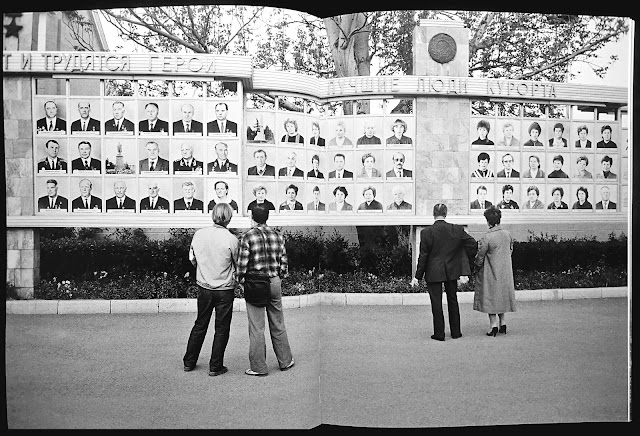 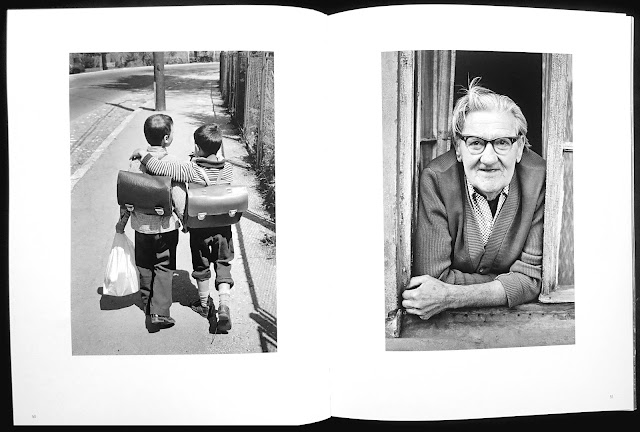 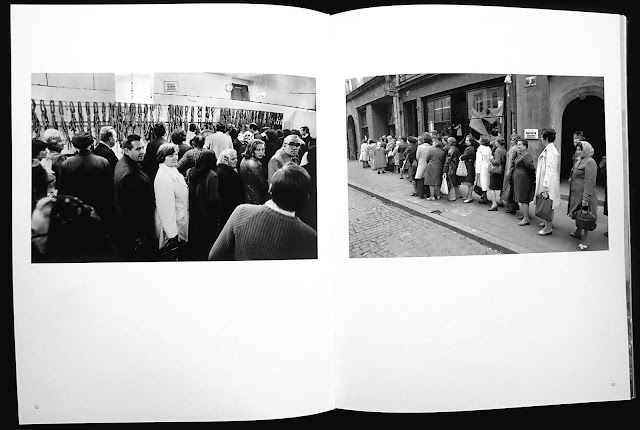 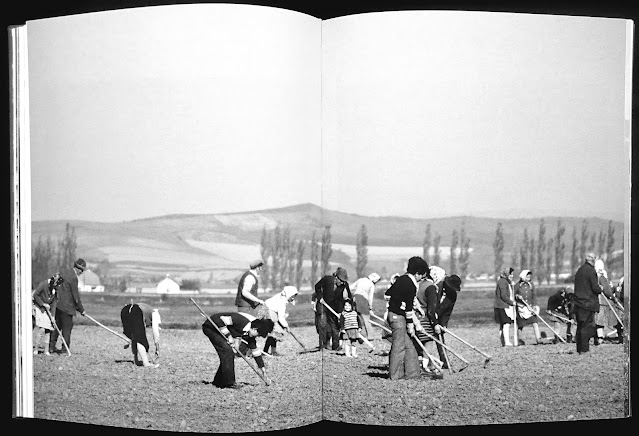 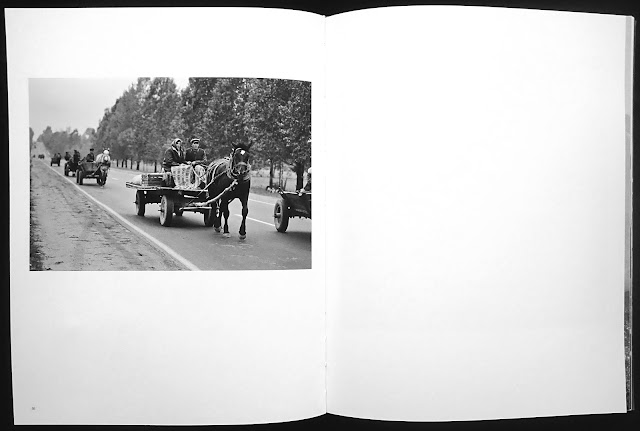 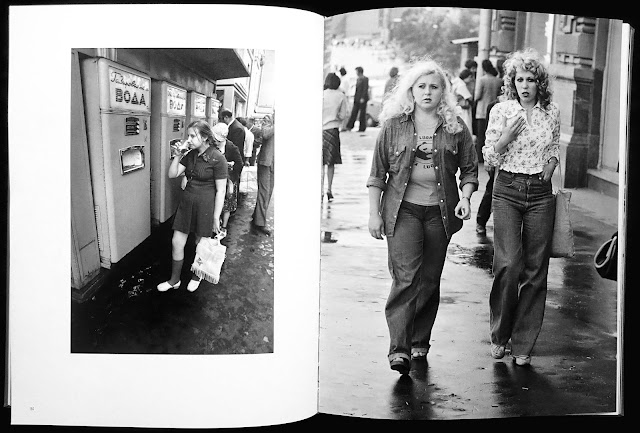 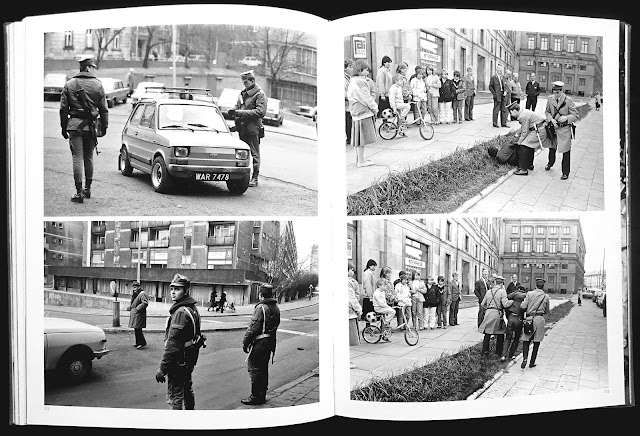 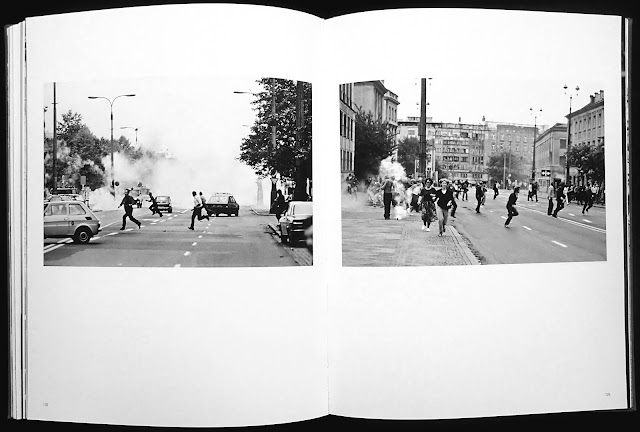 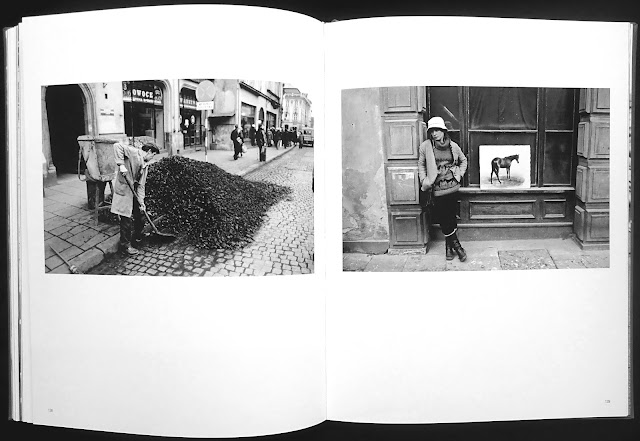 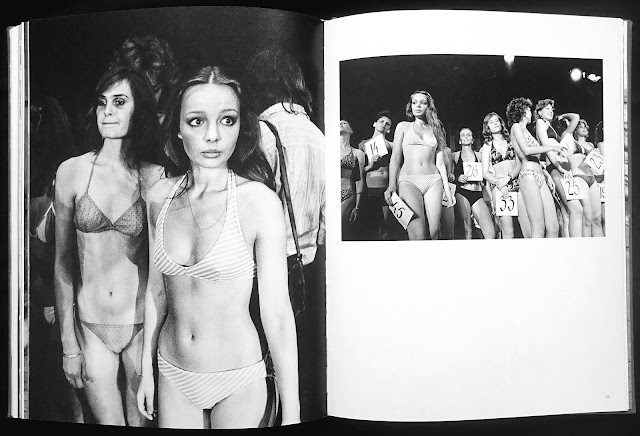 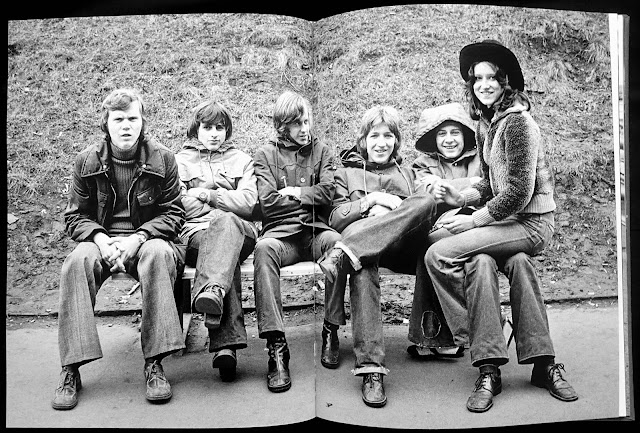 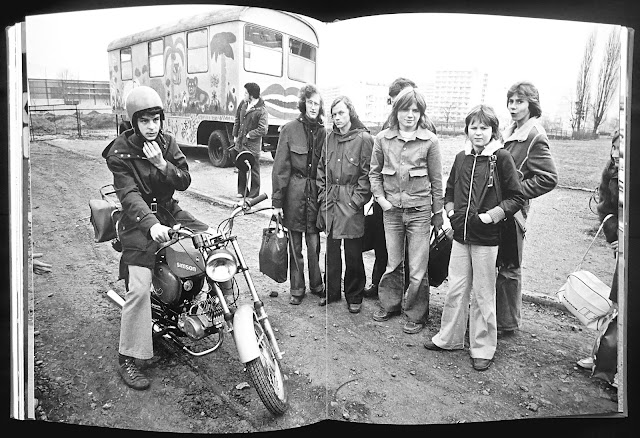 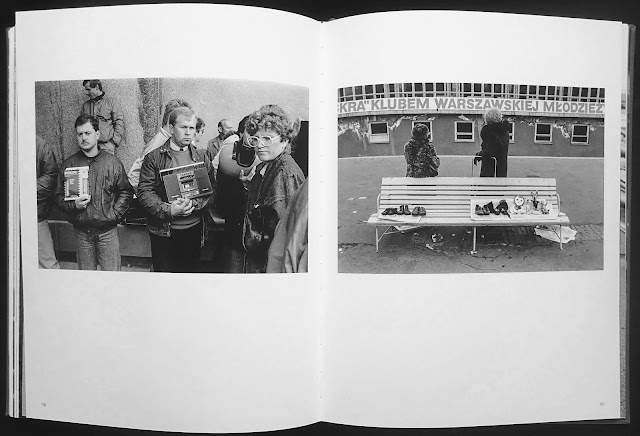 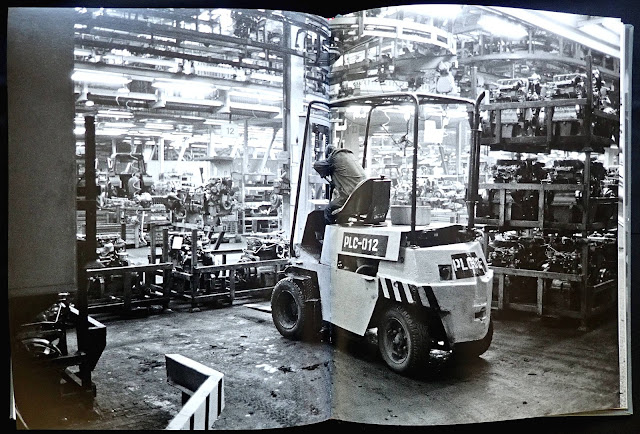 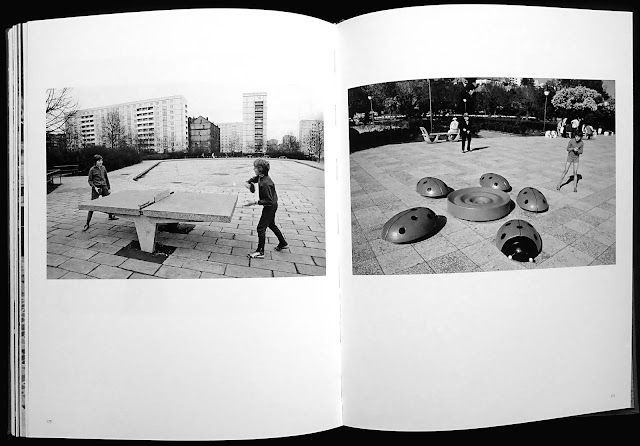 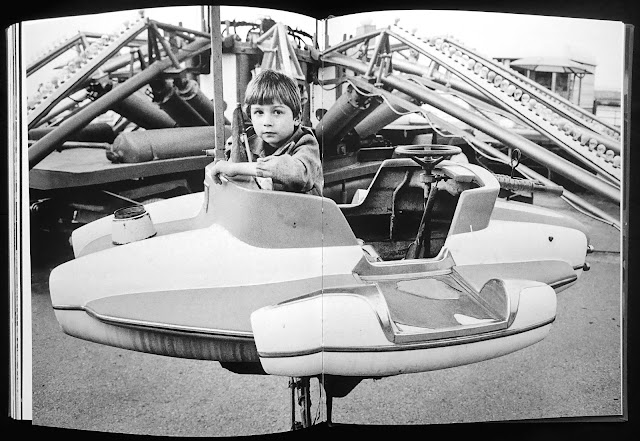 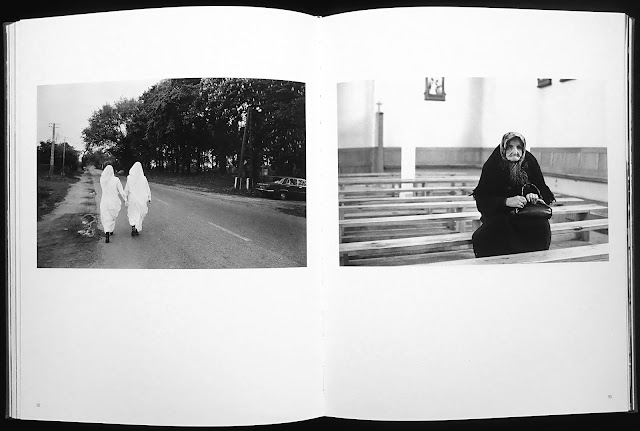 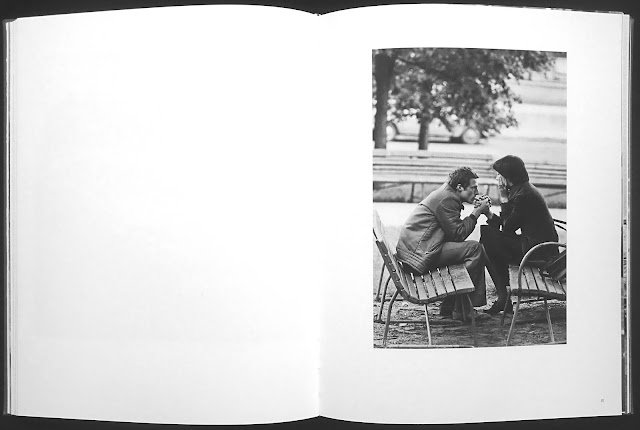 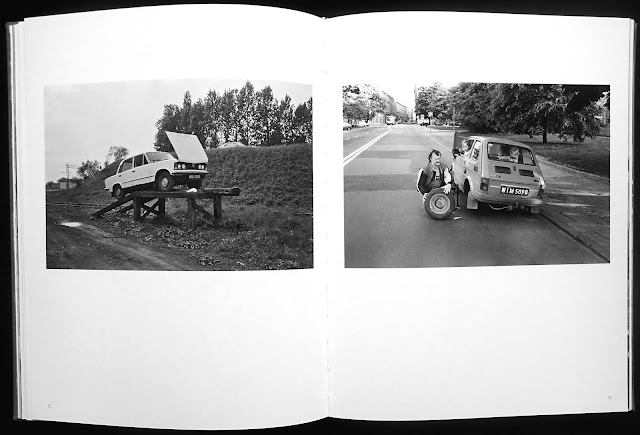 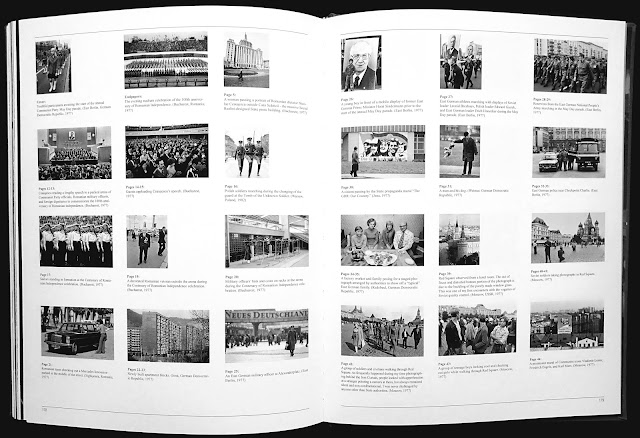 Grace is a well-known American photojournalist who carried out many assignments behind the Iron Curtain. Most of the fascinating photos in the book were taken in 1977 when he traveled through East Germany, Poland, Romania and the Soviet Union. Others were taken in 1982 and 1989.
Despite being assigned an official minder by the authorities in various countries Grace managed to take some quite telling photos of everyday life that capture the feel of living in those ramshackle economies. Pages forty-six and seven has a spread photo of passers-by looking at a collection of large portraits of the best employees at a Yalta spa, page sixty-three shows a long queue of women outside a shop (in Eastern Europe it was always best to carry a bag and join any queue, someone could be selling something in short supply) page sixty-six shows a rural road in Poland, the only traffic are several farm horses pulling carts, page eighty-four has four vending machines selling drinks that only used shared glasses, page one hundred and fifty-six reveals a Warsaw flea market with some men selling foreign-made consumer electronics.
It's the life of ordinary citizens revealed in these photos that give them credibility though I wonder if things have changed significantly in the last few decades, especially in rural areas of the old communist satellite countries. Grace managed to capture a past that is probably still lingering but minus the state security apparatus. One slight annoyance with the book is that nine of the back pages have thumbnails of the photos and captions. Nearly all the pages have space for the captions which would have avoided plenty of flipping the pages backward and forwards to read a caption.
Posted by Robin at 06:56