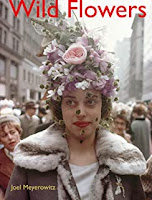 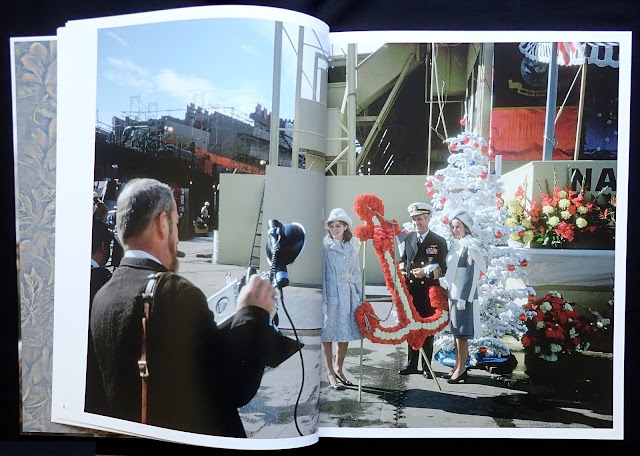 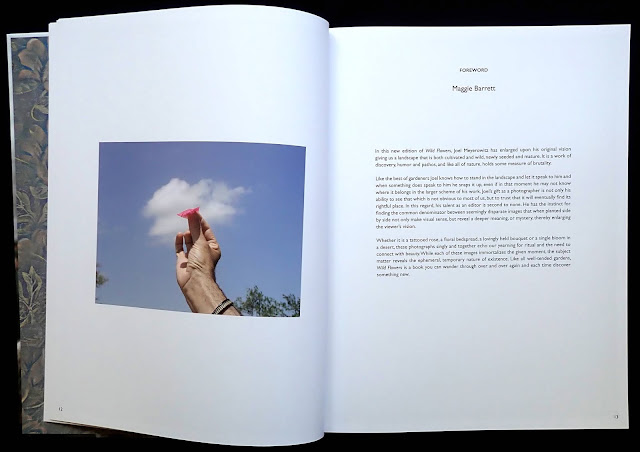 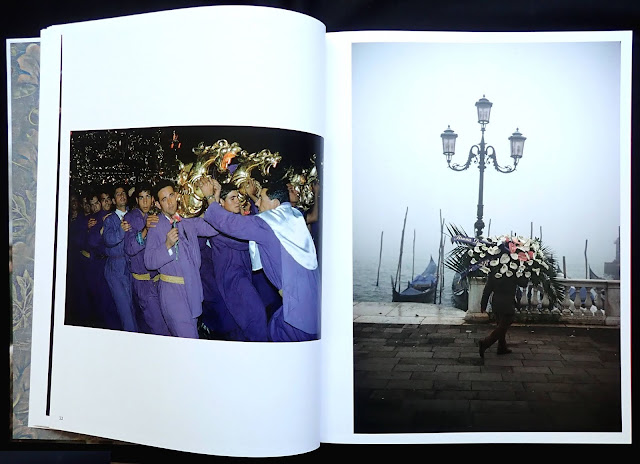 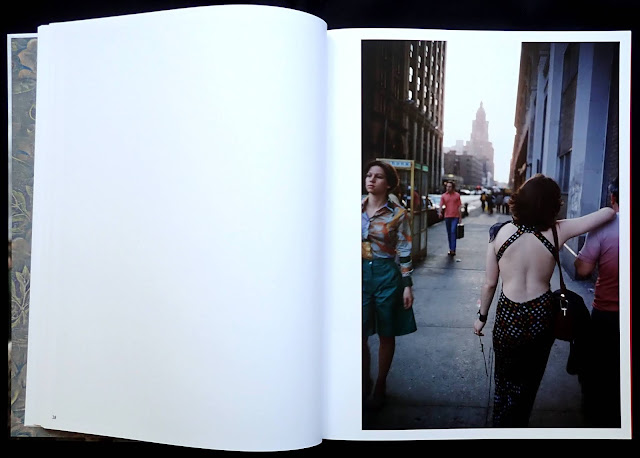 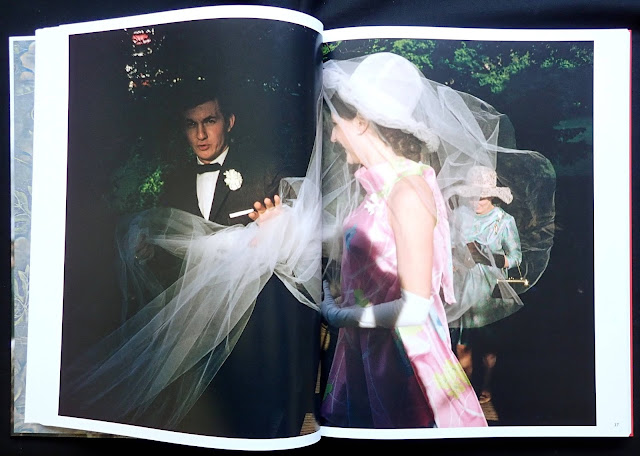 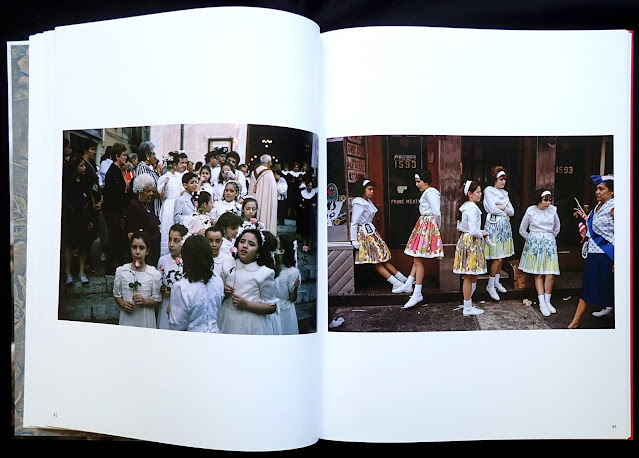 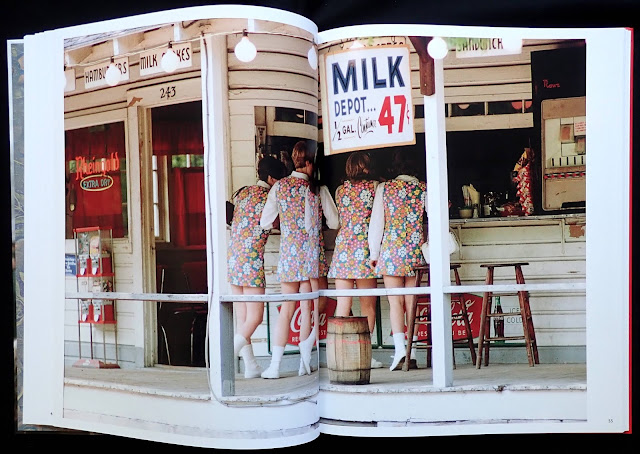 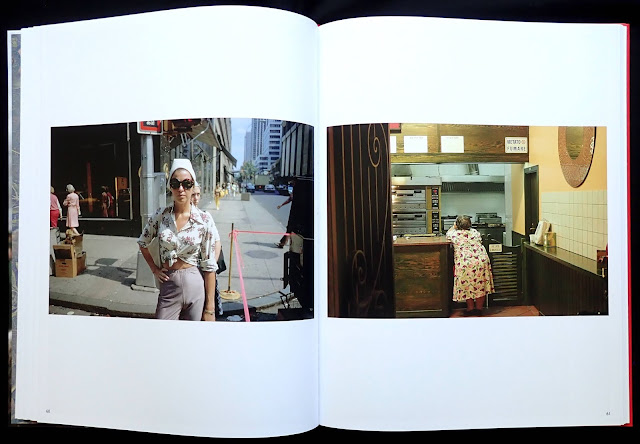 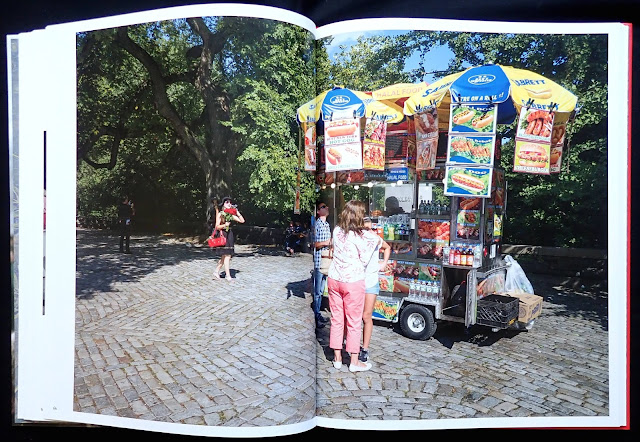 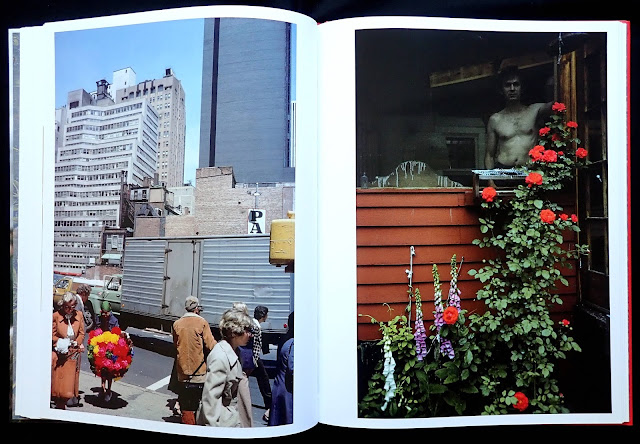 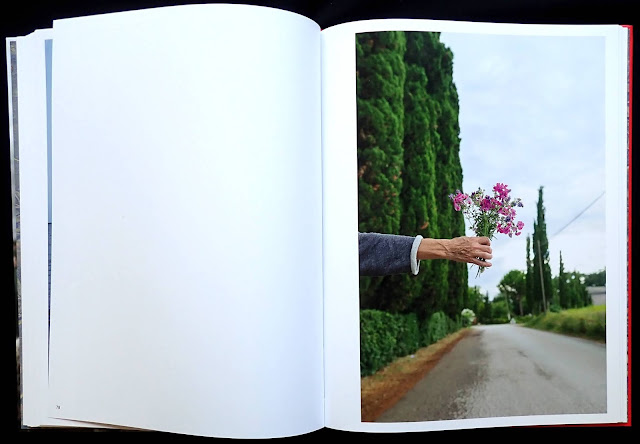 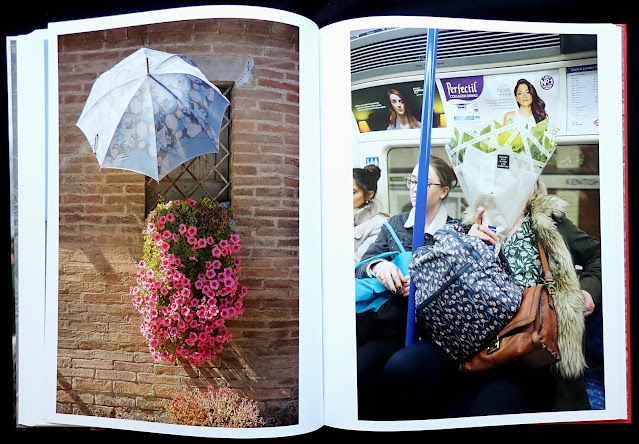 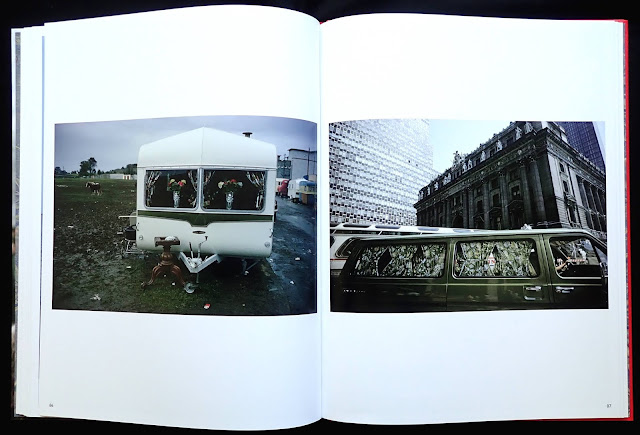 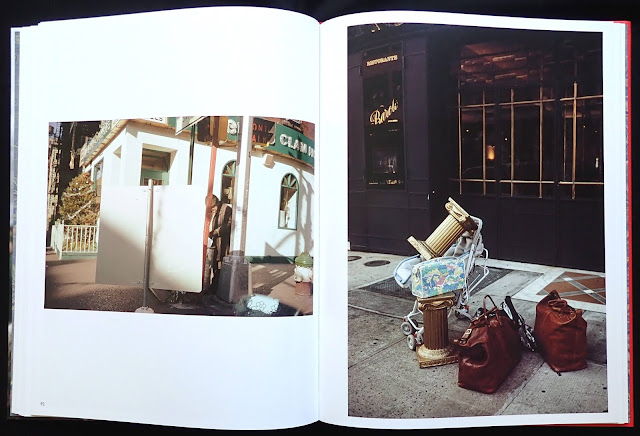 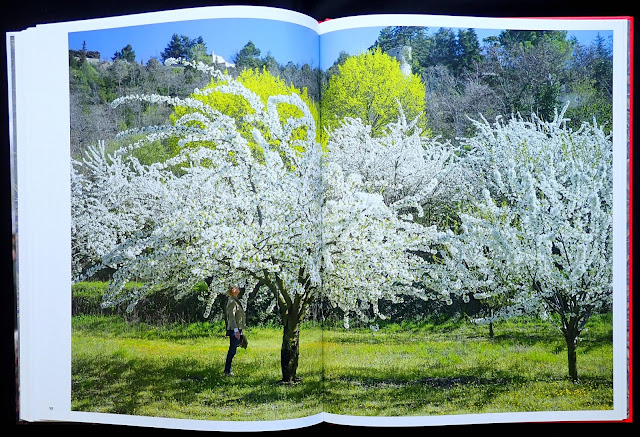 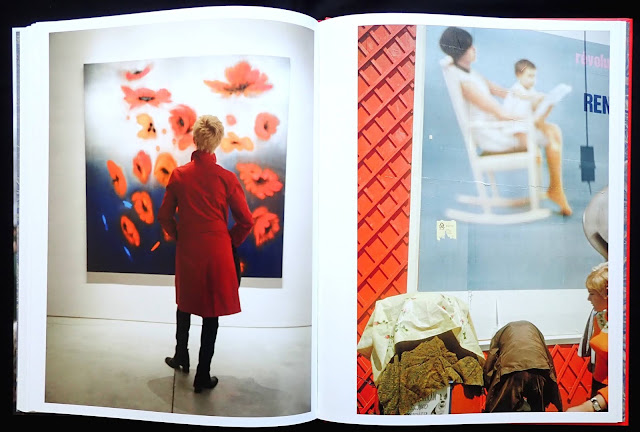 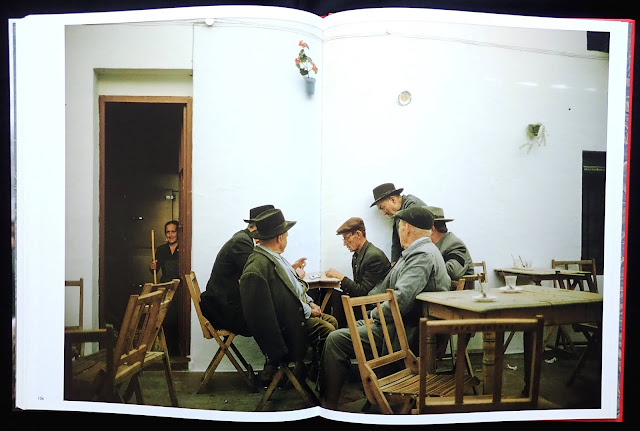 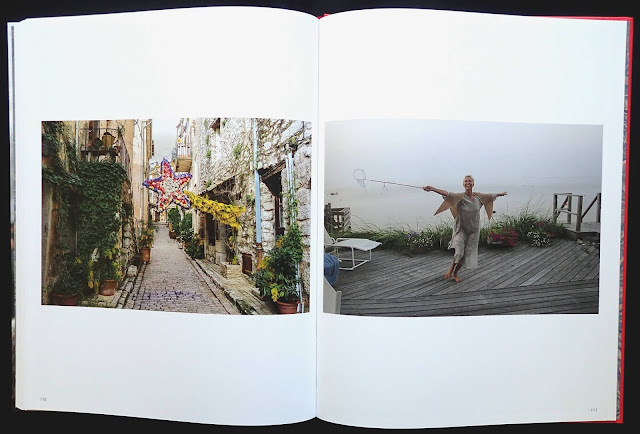 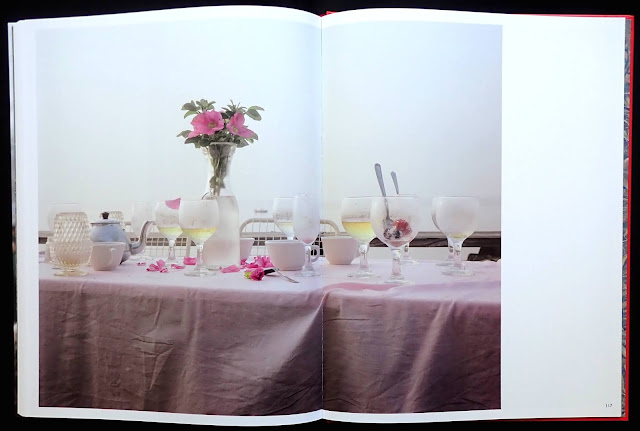 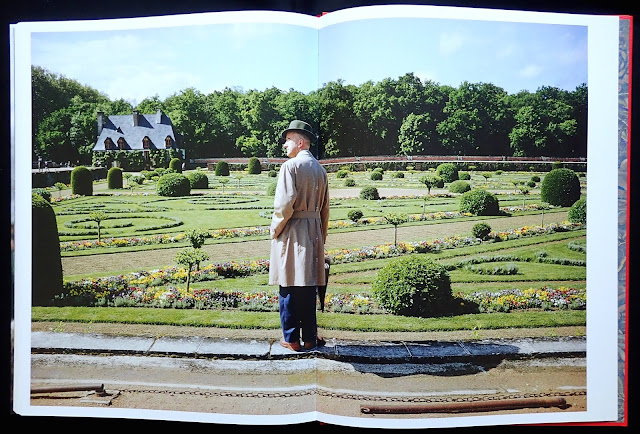 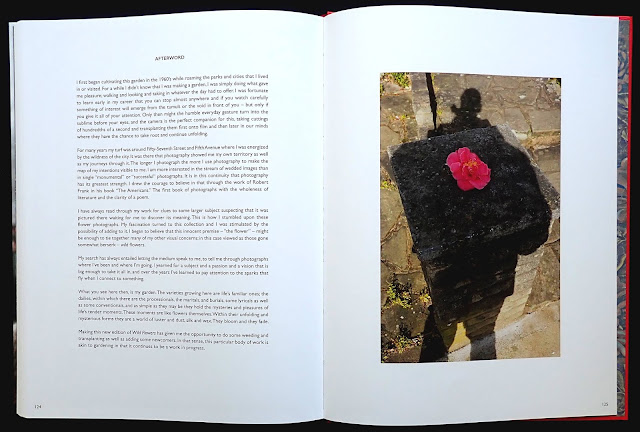 The first edition of this book was published by Little Brown in 1983 with sixty-three photos, this Damiani edition, published thirty-eight years later has eighty-six photos by Meyerowitz taken between 1965 and 2020. He considers flowers in the broadest of terms though most are of the real thing in all sorts of settings but also printed on a bag, dresses (several) rugs, wallpaper, a bedspread and a tattoo.

In many photos, flowers are not the focal point so I assume that Meyerowitz searched his archives to come up with the original idea. I think it's the very arbitrariness of the subject that makes the book so visually intriguing. Nearly all of the photos are exteriors capturing people going about their daily lives in a park, a wedding, shopping, a funeral, parade or just walking in the street. Meyerowitz and his Leica capture it all, including five of his wife Maggie.

The book is printed with two hundred screen on a matt art paper. Incidentally, Damiani are publishing a collector's edition of twenty-five copies and includes a digital print signed by JM.