A unique look at the wartime world...5/5 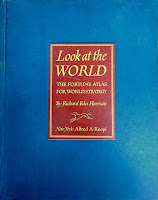 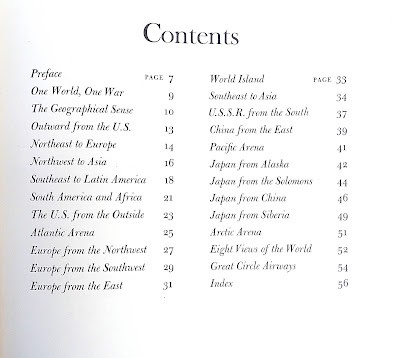 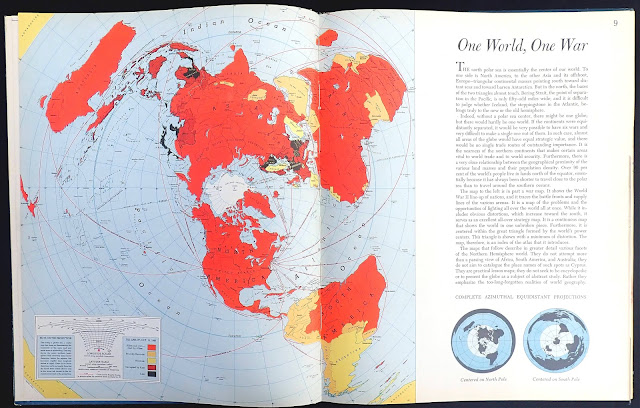 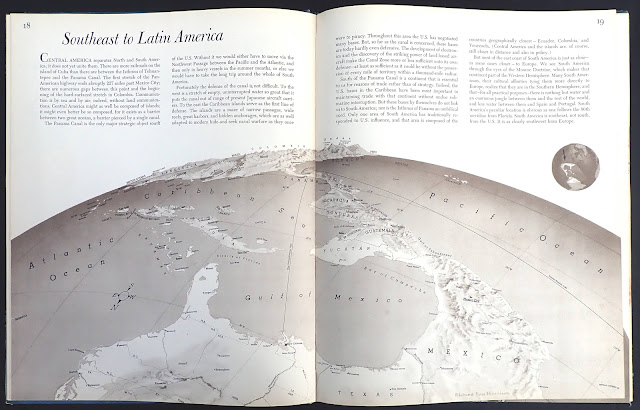 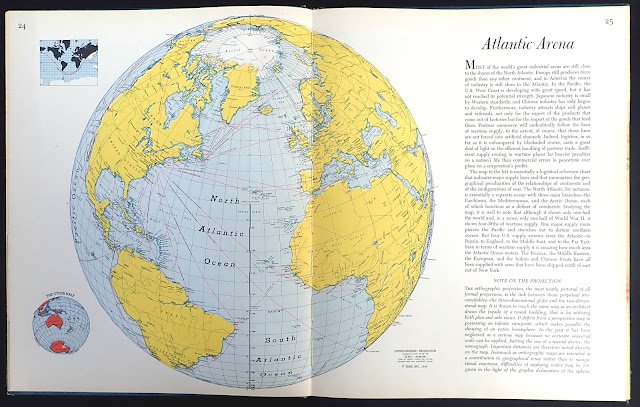 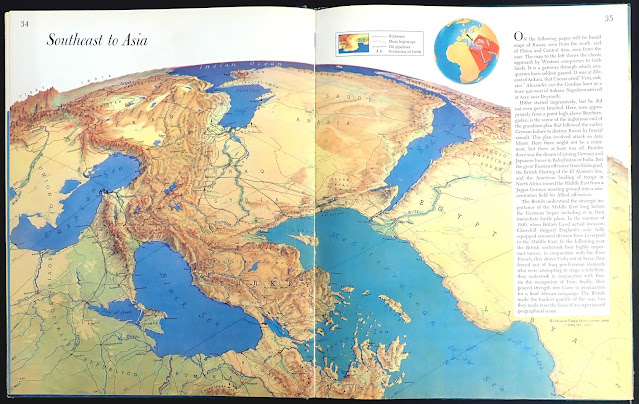 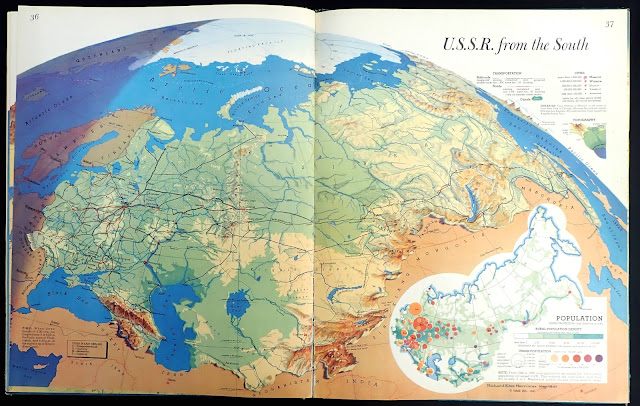 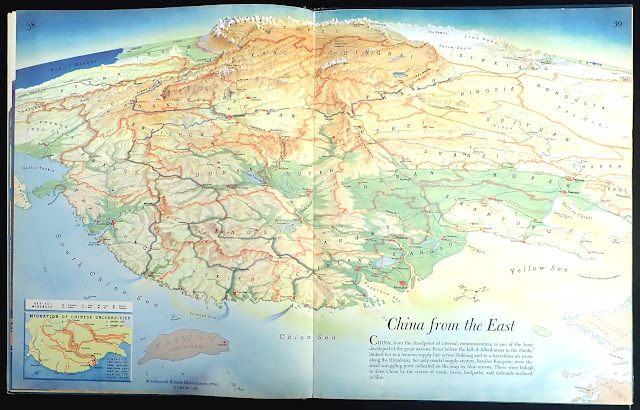 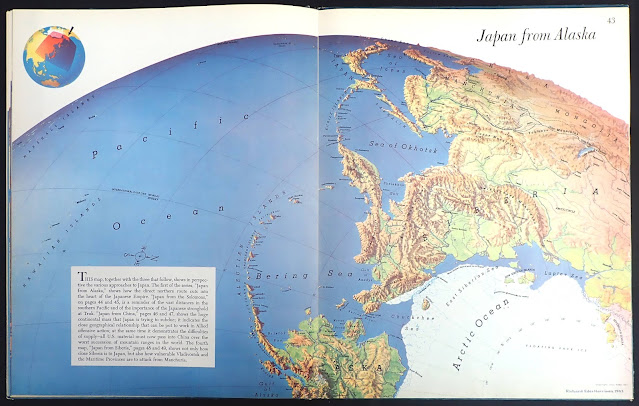 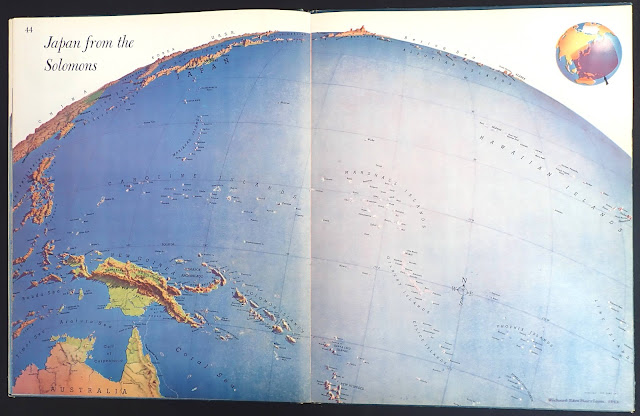 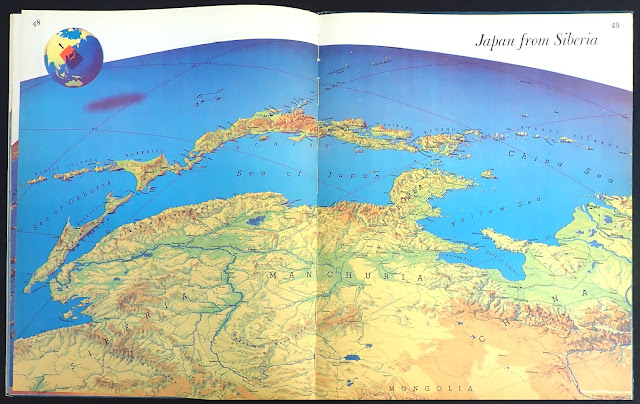 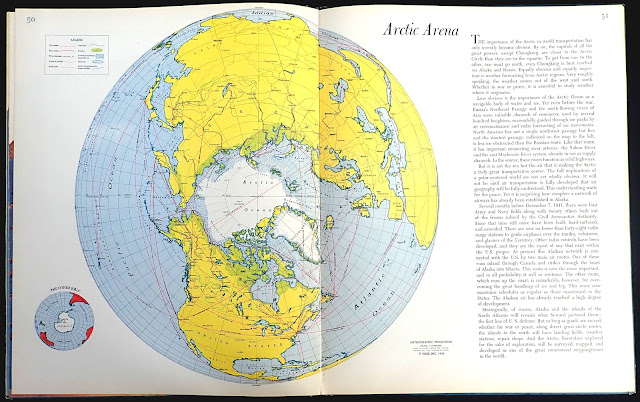 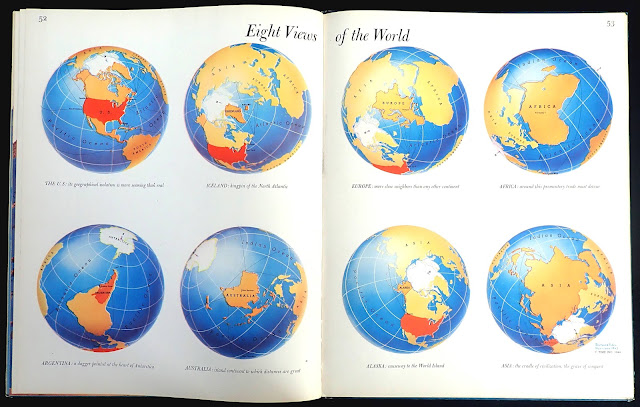 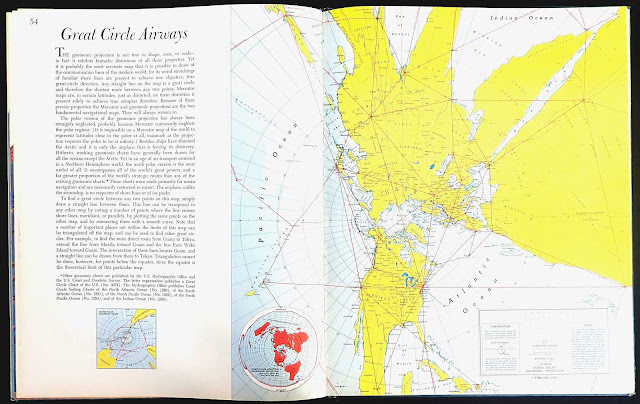 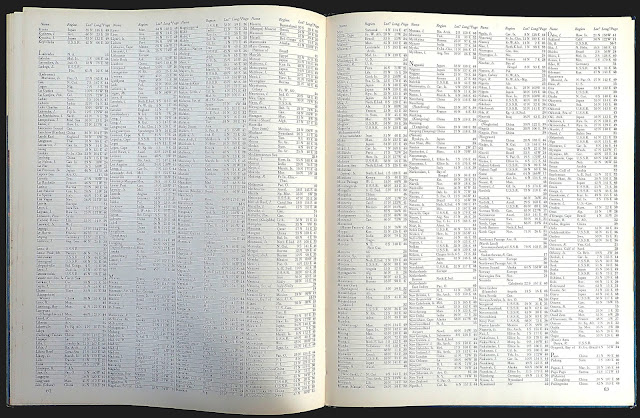 Richard Harrison created these unique maps in the early nineteen-forties to give readers an idea of what the world looked like from the perspective of the countries involved in World War Two. His fresh approach to map-making started by photographing a large globe from different angles which allowed all the maps to show the curvature of the earth. I thought the maps (or should that be accurate illustrations?) looked very convincing because mountain ranges are shown in dark colors creating a dimensional effect on each spread.
The first map in the book 'One world, one war' was used in Fortune magazine and drawn showing the Soviet Union, in black, as part of the Axis powers, the book version shows the Soviet Union in red as it was now part of the Allies. The first few pages, printed in black and sepia, show countries outward from the US and Europe. these are followed by the colored map pages. These produce interesting spreads like Europe from the east, USSR from the south, Japan from Alaska or Japan from Siberia. They throw up countries that have changed their names, like French Indo-China, Netherlands Borneo, East Prussia. The last map spread shows 'Great circle airways' and breaks away from the book's map format and reveals airline routes as straight lines between cities. it seems it was possible to fly from New York to Chungking in China. There is an eleven-page index in the back pages with about 3400 places.
I read about Harrison's book and found a couple of maps on the net and it intrigued me enough to find a copy. Luckily my copy was in good condition but minus the cover jacket. It seems copies are really scarce now, it was initially published in 1944.
Posted by Robin at 09:00